According to a recent study, a staggering 71 percent of Americans keep an eye out for "green" products when they shop. And since bamboo is one of those materials that practically whispers "eco-friendly," it's a good bet that the four-pack of men's bamboo socks recently advertised by JCPenney caught the eye of many shoppers.
"Made of pure bamboo fibers," promised the sock ad. "Show off your environmental cred." For just $26, you could get four pairs of socks and take care of planet Earth. Sounds too good to be true, right?
In fact, it was.
Earlier today, the Federal Trade Commission announced complaints against four major retailers—Bed Bath & Beyond, Nordstrom, JCPenney and Backcountry.com—with civil penalties totaling $1.3 million. The offense? Marketing bamboo products that aren't made of bamboo.
Shoppers, in the commission's own words, have been "bamboozled."
The FTC's complaints maintain that these retailers broke the law by saying specific products (including JCPenney's aforementioned socks and Bed Bath & Beyond's Bamboo Blend Napkins) were made of bamboo, when in fact they were nothing more than rayon. What's more, according to the FTC, these companies persisted with misleading marketing despite warning letters issued in 2010 to 78 leading retailers, pointing out the violations.
"These companies were well aware of their obligations and of the potential consequences for failing to heed the warning letter," FTC Bureau of Consumer Protection attorney Korin Felix told Adweek. "Consumers need to be able to trust the information they see on product labels and advertisements for textile products. This is especially true for information about the fibers used in the products, because consumers have no way of knowing the fiber content other than by relying on that information."
How did it happen?
According to the FTC, the problem begins with consumers' understandable ignorance of how bamboo is made into fabric. Unlike cotton, for example, bamboo requires the application of toxic chemicals including sulfuric acid to obtain the pliancy needed for weaving. Simply put, by the time the bamboo becomes a fabric, it's technically not even bamboo anymore—it's rayon. "Even when bamboo is the 'plant source' used to create rayon," advises an FTC publication, "no traits of the original plant are left in the finished product."
What's more, the chemicals used in the process (which often takes place in China) are pollutants and frequently disposed of improperly. So the notion of bamboo fabrics being eco-friendly is itself misleading.
In a written statement, JCPenney told Adweek that "we appreciate the FTC bringing this issue to our attention, as JCPenney never intends to mislead our customers. As a result, we have updated our product descriptions to be more clear and transparent for consumers. The company has also implemented ongoing internal training programs that address product content disclosure, and seek to prevent related issues moving forward."
Bed Bath & Beyond did not immediately respond to a telephone call for comment.
A leading consumer advocate praised the news. "The FTC's actions today underscore the importance of ensuring that 'green' marketing statements are truthful and substantiated," said C. Lee Peeler, president and CEO of the Advertising Self-Regulation Council, a unit of the Council of Better Business Bureaus. "As a result of the FTC actions," Peeler added, "we hope to see greater self-policing of these types of claims by the industry."
That's a weighty hope. After all, this is hardly the first time brands have taken heat over their own marketing claims. A pair of class-action suits filed last year by a California woman named Rohini Kumar allege that several popular brands of olive oil misled consumers by claiming their products were "imported from Italy" (even though some of the olives were grown and pressed in other countries) and "extra virgin," though they were mixed with other refined oils.
Then there was 2013's infamous "Honeygate" scandal—serious enough to involve both U.S. Customs Enforcement and the Department of Homeland Security—in which honey from China was imported to the U.S. via middleman countries in order to disguise its origins.
Looking forward
The brands' misleading of customers, as the FTC puts it, is all the more egregious during the holiday season, when Americans are out buying gifts for that eco-conscious person on their shopping lists—though the agency promises to maintain its scrutiny well into the new year.
"False 'bamboo' claims are a significant problem for consumers who care about buying environmentally friendly products," Korin said, "and the FTC will remain vigilant and will take appropriate actions to protect all consumers from deceptive 'bamboo' claims." 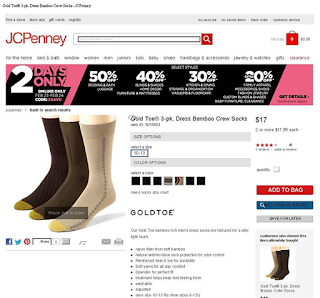 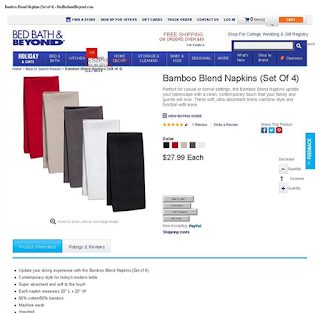